Getting a full bucket of dirt

Today most people are taught to bog using the ‘Lift /Crowd’ technique this, however has some draw backs such as, getting only half a bucket or less on the first pass. It can take up to three passes to get a full bucket of dirt. 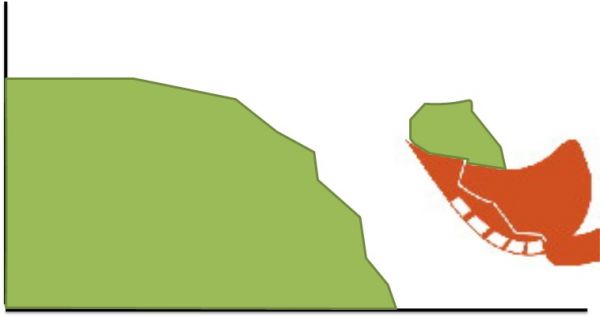 What has this technique done to bogging?

Its cost time to the job and this has cost time spent doing other jobs such as road works and cleaning up headings. This unfortunately has led to a loss of standards in both these areas.

So why is it so important to get a full bucket in one go?

It has now gotten that bad in some places that it’s become a safety issue.

The more times it takes you to get a full bucket of dirt the less time you have for cleaning up after yourself.

The less roadwork’s done the more trip hazards left around the mine and the worse the roads get.

Rocks on roads cause tyres on vehicles to blow out, causing hazardous situations (any tyre change underground is hazardous).

To get a full bucket of dirt you must work the bucket through the dirt to force the dirt into the back of the bucket.

Enter the dirt in first gear full noise until it stops

Lift the bucket and the bogger will move forward again.

These movements will change depending on where you are bogging however the purpose of this technique is to keep weight on the bucket thus keeping the front wheels from spinning. Try not to rush your movements.

The idea is to operate the bogger as smoothly as possible.

Slow is smooth, smooth is fast. 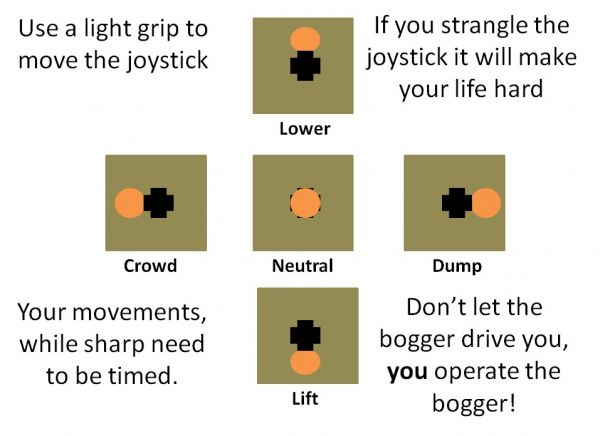 The leading edge of the bucket